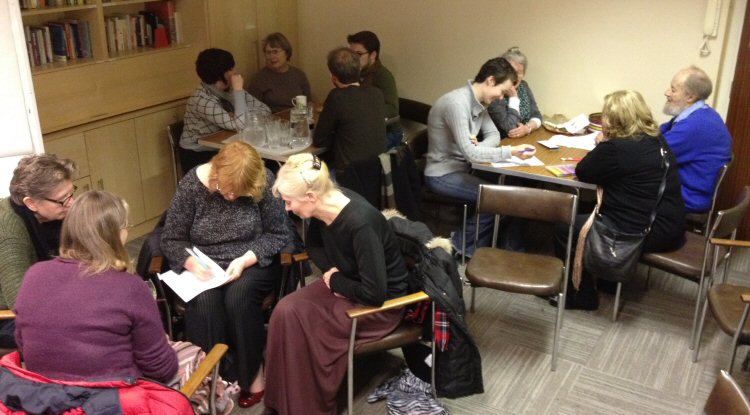 We can be called religious ‘liberals’:

We are called ‘Unitarians’:

From ‘Unitarian? What’s That?’ by Rev. Cliff Reed:

The historic Unitarian affirmation God is One is what gave our movement its name. Today, this stress on divine unity is broadened. Now Unitarians also affirm: Humanity is One, the World is One, the Interdependent Web of Life is One.

Unitarians are a community of people who take their religion, or their spirituality, liberally. That is to say, we hold that all people have the right to believe what their own life-experience tells them is true; what the prompting of their own conscience tells them is right. We say that each person’s spiritual or intuitive experience deserves respect; that everyone’s deep reflection and reasoning on religious and ethical questions should be taken seriously. Unitarians form a movement that tries to put these affirmations into practice. Our local religious communities offer a setting where people can worship, explore, and share faith together in an atmosphere of freedom, mutual respect and loving support.

Within the Unitarian historical tradition there have been many strands. These include deeply devotional Christian and Theistic forms, as well as a strong belief in the necessity of reason. Religious humanism has also played its part, by locating the focus of spiritual concern wholly in our life in this world rather than in realms or beings deemed supernatural.

In a sense, there has always been something of a shifting balance between two tendencies. On the one hand, there is the rational, scientific and discursive. On the other, there is the intuitive, the emotional and — in its true sense — the mystical. While there may not be a single Unitarian spirituality, it could be said that the spectrum of Unitarian spirituality covers this range. Unitarians would not see the poles of this spectrum as in opposition. We see a healthy spirituality as one that holds in balance the intuitive and the rational. Active respect for both the mind and the deepest emotions is necessary for wholeness of spirit.

Our national organisation have put together a number of leaflets on various aspects of Unitarian life: