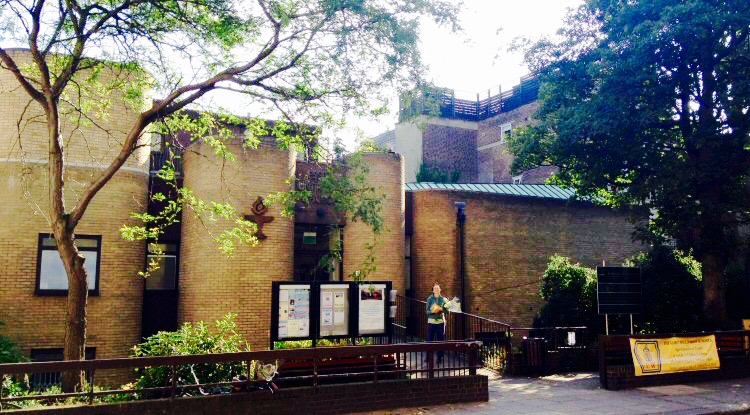 Download a PDF of “Essex Church in Kensington” by Raymond Williams (approx 8.1MB)

There are several historical strands to the present-day Essex Church congregation at Notting Hill Gate. The original chapel was opened by the Rev Theophilus Lindsey on 17th April 1774 in Essex Street, near the Strand (where Unitarian Headquarters are located today). The street had been built in the grounds of the town house of the Earls of Essex, hence the name. Two hundred people assembled for that first service, including Joseph Priestley, Benjamin Franklin and (it is said) government agents to keep an eye on things. It was the first avowedly Unitarian place of worship in the country. Lindsey had left the Church of England the previous year. The congregation remained in central London for over 100 years, but by the early 1880s the number of worshippers was declining because of population changes. They decided to move.

Meanwhile, as part of the missionary effort led by the Rev Robert Spears, a new congregation had been formed in ‘the West End of London’. In 1874 a temporary ‘iron church’ was erected at Kensington Gravel Pits (later The Mall) on land donated by Sir James Clarke Lawrence MP. For some years the new congregation and a large Sunday School flourished, but the members were keen to erect a permanent building.

At about the same time, the British and Foreign Unitarian Association and the Sunday School Association were looking for larger premises in central London. After much discussion it was agreed that these two organisations would take over the building in Essex Street, and members of the Essex Street Chapel would move westwards to join the new congregation already meeting in Kensington. The money from the transaction, with other donations, would pay for a fine new church in Kensington. The foundation stone was laid in February 1886, and the opening of the new church took place on 4th May 1887. The name Essex Church (changed from Essex Chapel) was chosen to show continuity with the congregation founded by Lindsey in 1774.

Services continued there until the spring of 1973. However by the early 1970s it had become clear that the building was in need of major repairs (the steeple had already been removed in 1960 because it was considered unsafe). The decision was taken reluctantly to demolish the building and redevelop the site to include a smaller church and other facilities more suited to present-day needs. During the interregnum (1973-1977) the congregation met in hired premises in Kensington. The first service in the new church took place on 24th July 1977. As well as a place for worship, the building included a hall, kitchen, library/committee room, and accommodation for a caretaker and (at the time) the minister in basement flats. The building has been much praised, especially for the dignified simplicity of the interior.